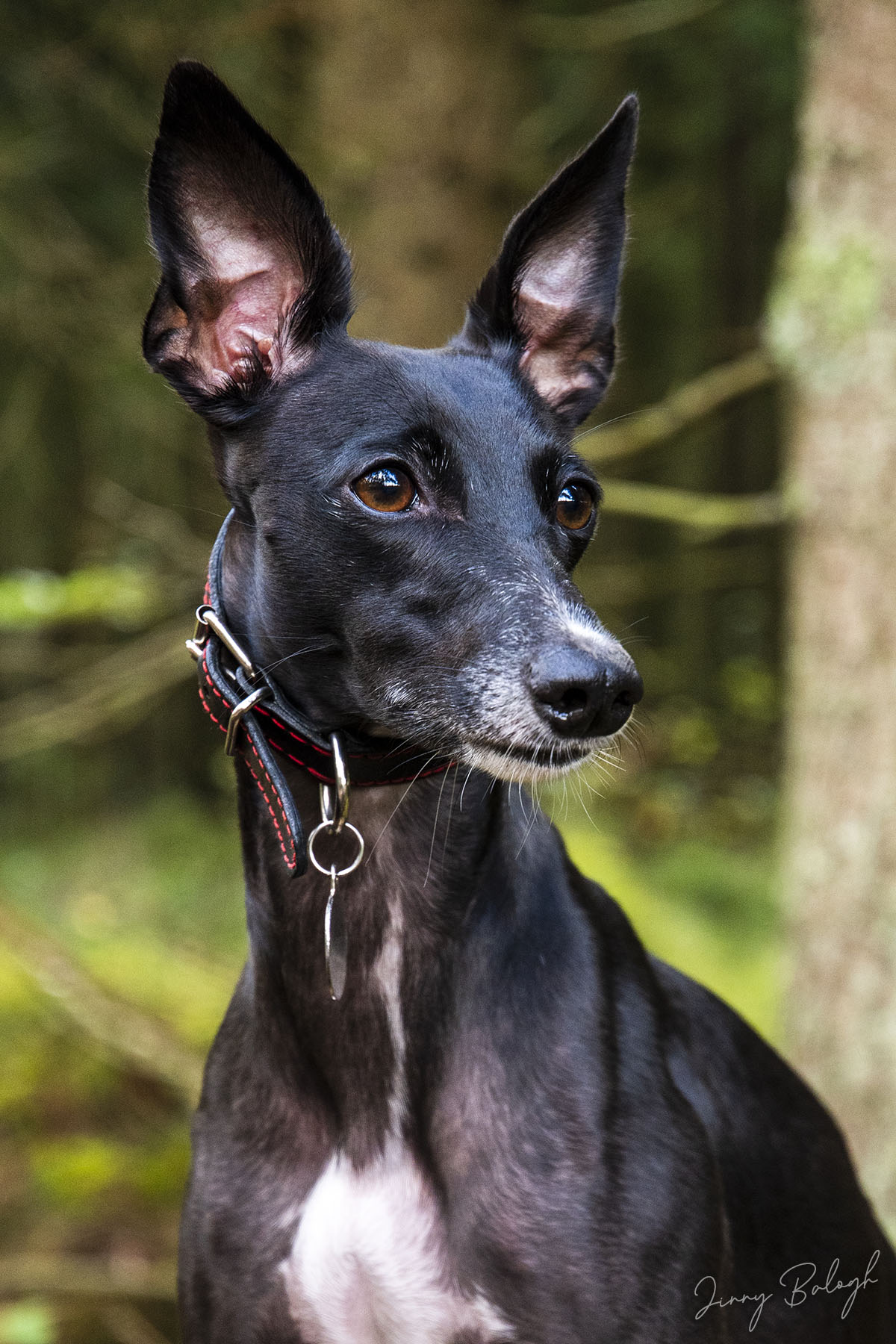 Aayla, sweet little Aayla. The kindest, most humble dog there ever was. She is sweet, nice, funny and can not be still for too long. She loves to run and play and is the favorite playfriend for my oldest son. She would never pull the leash, not even on the track and still she is the most keen of all my dogs. Aayla loves that lure and will nip at it through her muzzle. She is a bit careful and when she started training on the oval track I thought she would be scared of the machine but I was so wrong. She just ran without hesitation. Aayla still surprises me, among other ways with how obedient and kind she is. She nearly always goes off leash in the forest and mostly she will just stroll calmly behind me and when Bellamy has run off Aayla stays with me. When we were out just the two of us and she saw a cat I just called her name and she went to me, not caring about it. She is the easiest dog in my everyday life and I think everyone would want at least one Aayla in their life.

But don’t think for a second she hasn’t got a mischievous side to her. When nobody sees she will steal food which once led to a late night tour to the vet to x-ray and make her throw up corn stalk pieces. And if all humans leave the house she will find something and chew on it, even though you thought you hade hidden away everything that was available for a dog to take. Just the other day we found her hugging one of the kids’ toys… Aayla is also a little Duracell rabbit, playing and running much more than the others. If you throw her a toy she will take several victory laps around the garden before giving it back. And again, and again. She plays tirelessly with my oldest son and he loves her dearly and calls her his best friend. Aayla goes a lot to him even though she has always been a bit afraid of children but he gained her confidence and can take her on walks as well (with me supervising of course).

Aayla is super strong and build muscles fast and easy. Even though she is an unlucky little bird who’s had a several smaller injuries (like sand in her pads or a broken nail) she always bounce back strong and happy. She is a bit short in body but has great width and depth of chest. She is quick and nimble and she finally got to do some more lure coursing in 2020 in which she did very well. Many of her siblings have had great placements such as CACs and titles and her father Isac v. Dia-Robinne was European Coursing Champion in 2015. 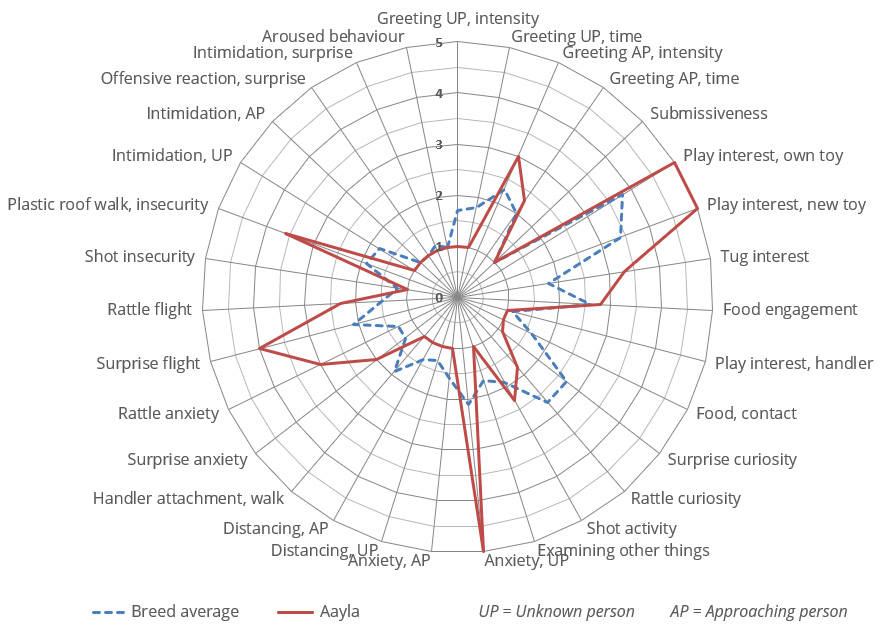 Aayla did BPH with gunshot at the age of 23 months and 2 days and in the chart you can see her test summary compared to the breed average. I have tried to translate it to English but it is best understood by reading the full protocol (in Swedish) here.

As the name suggests, whippet race is for whippets only (other breeds are welcome at practice) and is a straight race run on grass, ending in a sand pit. The length is around 137,5 m, or 150 yards. The dogs run four at a time in red, blue, white or black shirt and are required to wear a leather muzzle.